When you have a finite Google AdWords budget, and your budget is being hit, all other things equal it makes sense to lower your bids until your budget is no longer being hit. That way, so the theory goes, you will get more clicks for the same budget. And since research by Google suggests that there is little difference in conversion rate by position, you could reasonably assume that a higher number of clicks is generally associated with a higher number of sales.

However, ever since Google rolled out sitelink ad extensions, ads appearing in the top positions on Google are no longer similar to ads appearing on the right hand side of Google. Ads with sitelinks now have 3-4 extra links, and up to 100 extra characters text, compared to non-sitelink ads. Although sitelinks are generally well accepted to increase CTR, if your sitelinks go one step further and create additional value (i.e. by pointing out the key benefits or selling points of your business), then sitelinks could also increase your conversion rate.

Increase Your Conversion Rate with Sitelinks

…then doing do could considerably increase your conversion rate.

If you only had a budget of $100/day for the keyword ‘pizza delivery melbourne’, for example, an average CPC of $1.00 might show your ad in 1st position and generate 100 clicks before your campaign is paused for reaching your daily budget of $100. But if you had lower bids and your ads were instead shown in 4th position, you might receive 200 clicks for an average CPC of $0.50.

That’s twice as many clicks, for the same keyword and the same click spend.

And assuming Google’s 2009 finding that conversion rates don’t generally differ by ad position is correct, then twice as many clicks coming from your keyword ‘pizza delivery melbourne’ would likely result in twice as many conversions.

That’s twice as many conversions, for the same keyword and the same click spend.

This is the logic that many Google AdWords managers have used to help optimise their campaigns and maximise the return on investment, and is illustrated in detail in this article on bidding and budget management.

Since sitelink ad extensions were rolled out, not all clicks from a particular keyword are of equal value. Since your ad appearing in the top position for a particular keyword may have a higher conversion rate than your ad appearing in a lower position for the same keyword, it is no longer as simple as trying to maximise click volume. You now also have to also take into account any increase in conversion rates from ads in a higher position due to the effect of sitelink ad extensions. 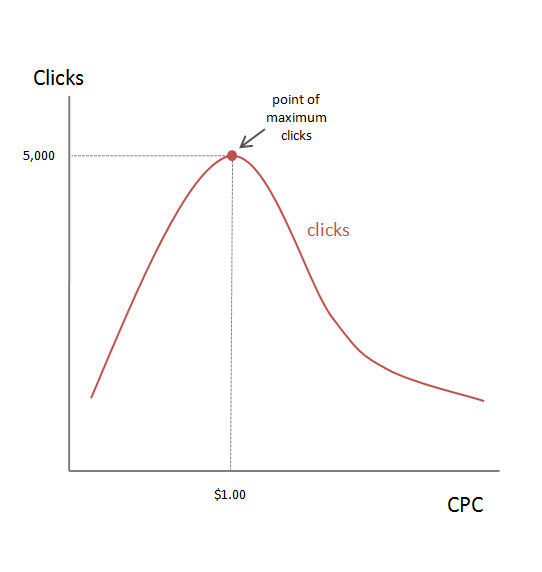 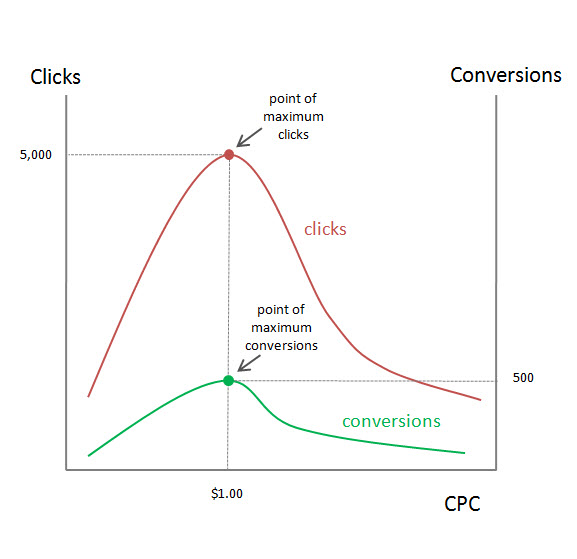 …Until Sitelink Extensions Came Along

To see how, let’s consider 4 different scenarios – all of which are very possible. 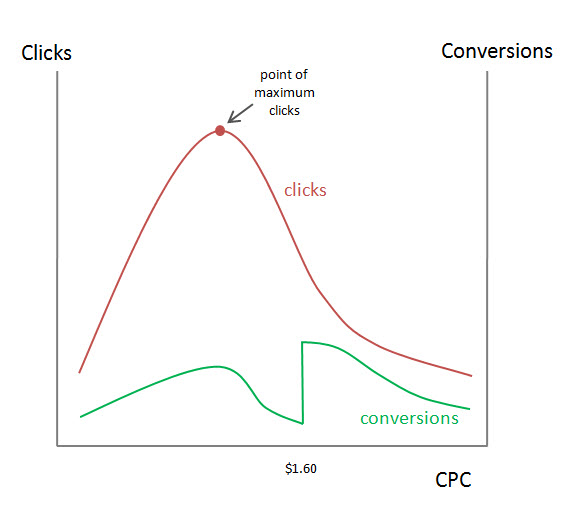 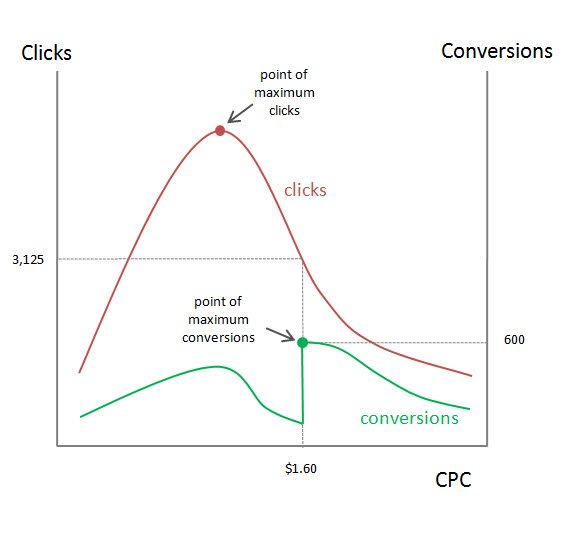 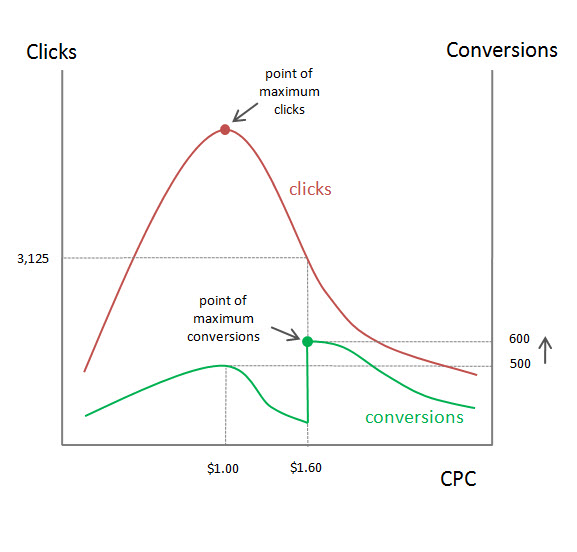 Another possible scenario is that sitelink ad extensions increase your conversion rate slightly, but by not enough to make worthwhile paying the higher CPC prices and receiving a lower click volume. In this scenario, a CPC bid of $1.60 (which enables your sitelink extensions to appear) results in only 450 conversions. 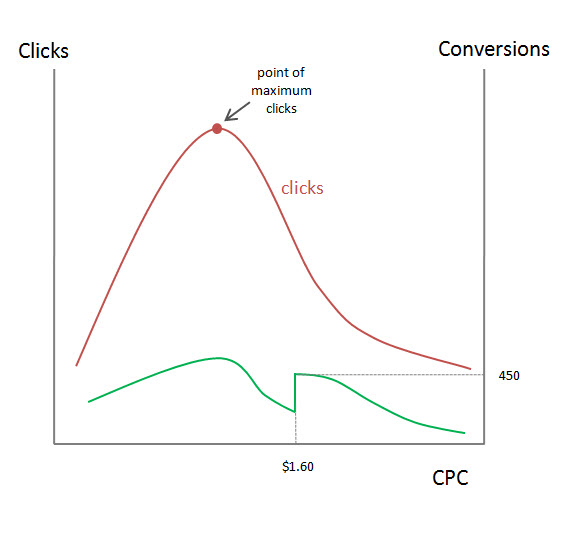 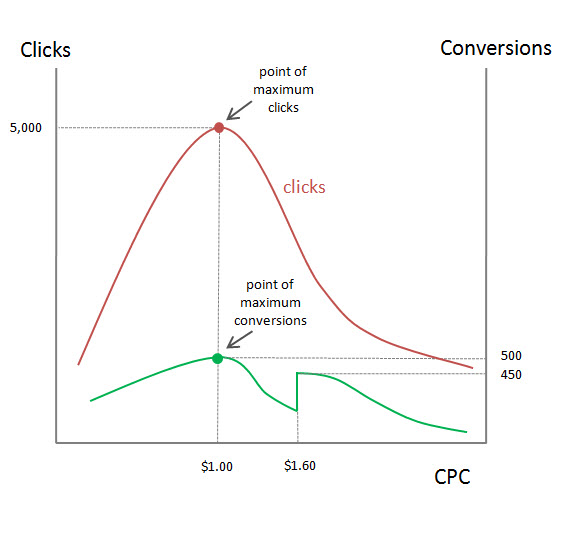 Another (albeit less favourable) scenario is that your sitelink ad extensions reduce your conversion rate. Searchers are so disgraced with your pathetic sitelinks that they are less likely to convert. Searchers are confused with your contradictory messages, put off by your misleading claims, or repulsed by your poor spelling and grammar, that you would have been better off not showing your sitelink ad extensions at all. Here, a CPC bid of $1.60 would result in only 200 conversions. 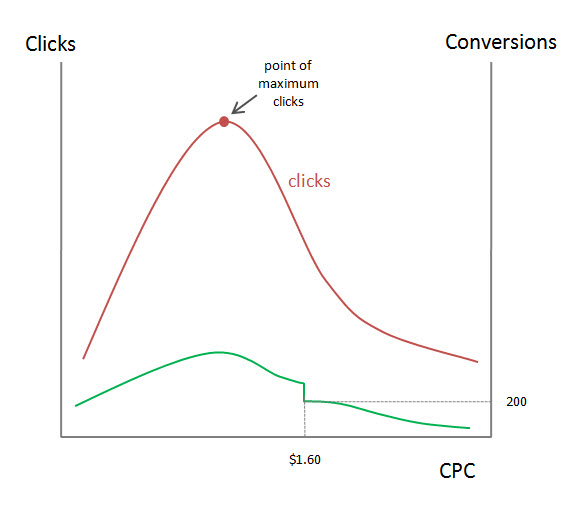 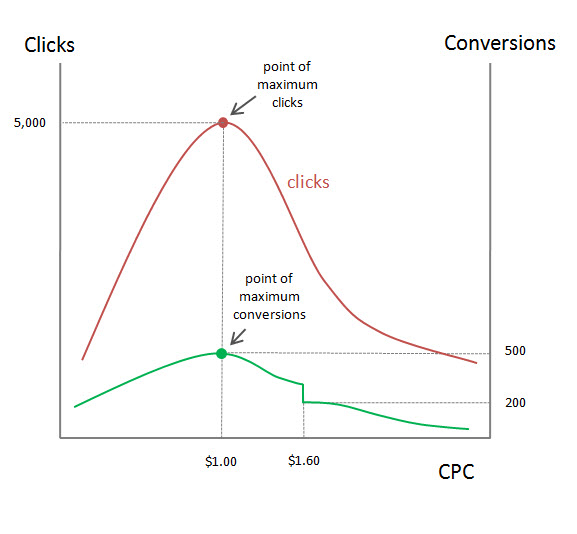 If your sitelink ad extensions are detrimental to your conversion rate, then either improve your sitelinks, or ignore sitelinks altogether and opt for a sitelink-free ad strategy.

Now suppose that the increase in conversion rate from your sitelinks is exactly the same as the increase in CPC bid needed for those sitelinks to appear. In this scenario, you will have two different points of maximum conversions, with CPC bids of $1.00 and $1.60 both achieving 500 conversions. 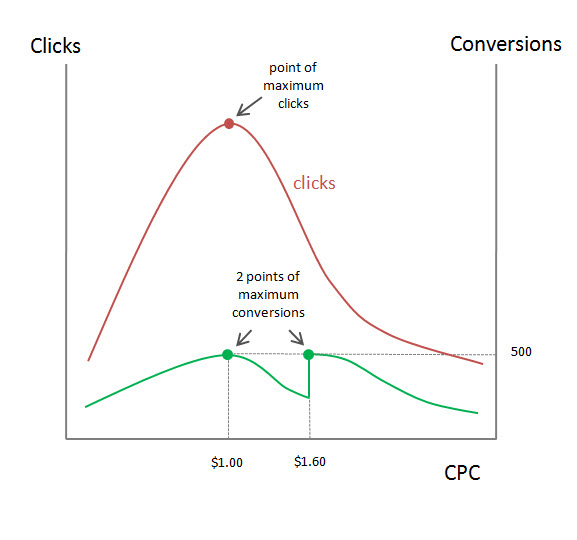 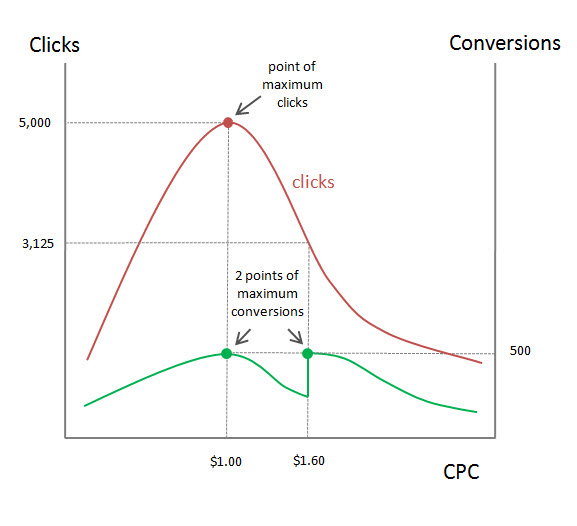 If your sitelink ad extensions increase your conversion rate by exactly the same percentage as the increase in average CPC needed for sitelink ad extensions to appear, or the two percentages are too close for comfort, then you are in a volatile state of uncertainty between two very different optimisation strategies. Either try to improve the conversion rate from sitelink ads so that they more than make up for any increase in CPC, or collect further data over a longer data range (and fro more keywords) to more reliably understand how your sitelinks are performing and determine whether you are better off with a click maximisation or a reduced click but sitelink-enabled strategy.

If sitelink ad extensions influence conversion rates from Google ads (for better or worse), then keyword bid optimisation is no longer simply a case of trying to gain as many clicks as possible for a particular keyword for your budget. If sitelink ad extensions have such as positive effect on conversion rates, even though your daily Google AdWords budget is being hit, it could be worth increasing your bids further so that your ads appear with sitelinks in the top positions on Google. That’s right – even though you are already hitting your daily budget, it could be worthwhile further increasing your bids.

Regardless of which of the above 4 scenarios most closely matches your campaigns, one thing is clear: bid optimisation is no longer about maximising the number of clicks your budget can receive for a particular keyword – conversion rates by position now also need to be taken into account. Google AdWords bid management has now become considerably more complex.

Alan Mitchell is a Google AdWords PPC specialist, based in Melbourne, Australia, with a proven track record at improving return on investment (ROI) from Google AdWords. Find out how Alan can help your business. 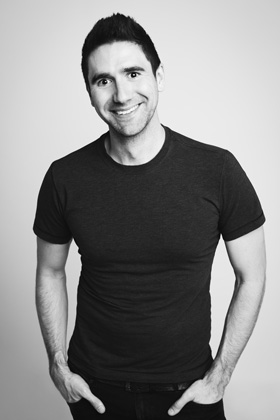 Alan Mitchell is a Google AdWords PPC specialist, based in Melbourne, Australia, with a proven track record at improving return on investment (ROI) from Google AdWords. Find out how Alan can help your business.